According to the U.S. Bureau of Transportation, American ferries carry nearly 103 million passengers and just over 37 million vehicles per year.* “Given the significance of ferry transport to travelers in coastal regions coupled with concerns about gas consumption and emissions, efficiency of our country’s ferries is critical,” said JB Turner, president of Front Street Shipyard. “Brødrene Aa has a progressive design to reduce consumption and emissions, and they have an exceptionally efficient construction method we can apply to the U.S. ferry market at Front Street Shipyard.”

Brødrene Aa is a 60-year-old company that introduced the world’s first carbon-fiber passenger vessel more than a decade ago. Representatives from Front Street Shipyard met with officers from Brødrene Aa in Hyen earlier this summer. “Given Front Street Shipyard’s modern facility and boatbuilding capabilities, we believe their team can deliver the same high-quality vessels in the United States that we produce in Norway,” said Leif Riksheim, chairman of the board at Brødrene Aa.

While the new partnership is in its early stages, Arcadia Alliance has launched a temporary website (at arcadia-alliance.com) while the organizations work together to develop the ferry designs for U.S. waters. The Arcadia Alliance sales team will begin marketing the boats in earnest later this year, with hopes that Front Street Shipyard will be able to begin construction on the first fast ferry in 2016. Representatives from interested agencies can contact Arcadia Alliance at info@arcadia-alliance.com. 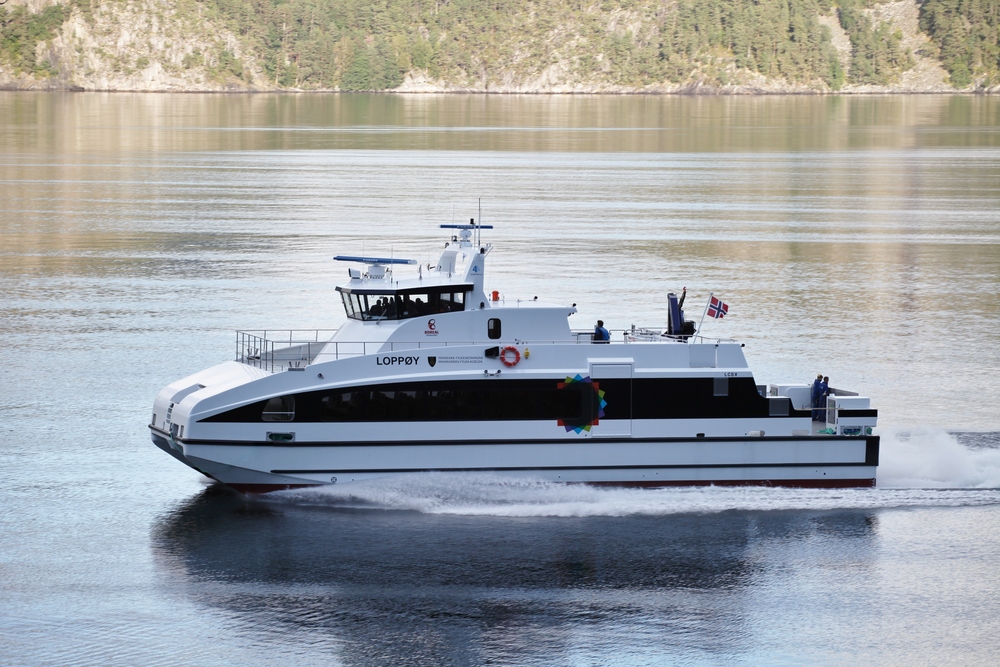