JOSEFINA is a Swan 86 who came to Front Street Shipyard in 2012 for a fast-paced but comprehensive refit.

On the outside of the yacht, Front Street Shipyard’s team took on a facelift for Josefina. Her topsides got fresh paint, as did her deck. We sanded and painted JOSEFINA’s bottom to keep her moving through the water more quickly and efficiently.

Some 90 headliners were replaced throughout JOSEFINA. Our team at Front Street Shipyard also replaced a lot of hardware including all seacocks and a significant amount of her deck hardware. 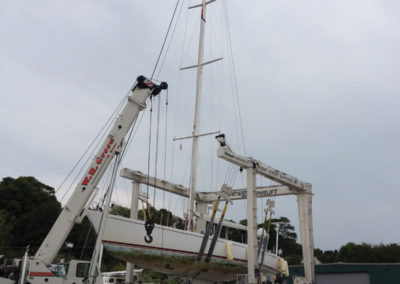